Fascinated by flying in all its forms at an early age, the 2m/6.5ft tall Swiss, born in 1971, started flying glider planes at 18, followed shortly thereafter by Skydiving. After his certification, he soon ventured into powered flight and took lessons on a single engine plane and also started aerobatic flying with gliders. All of this required some work on himself, as in spite of always having dreamt about flying, he at the same time paradoxically suffers from a fear of heights that remains to this day. 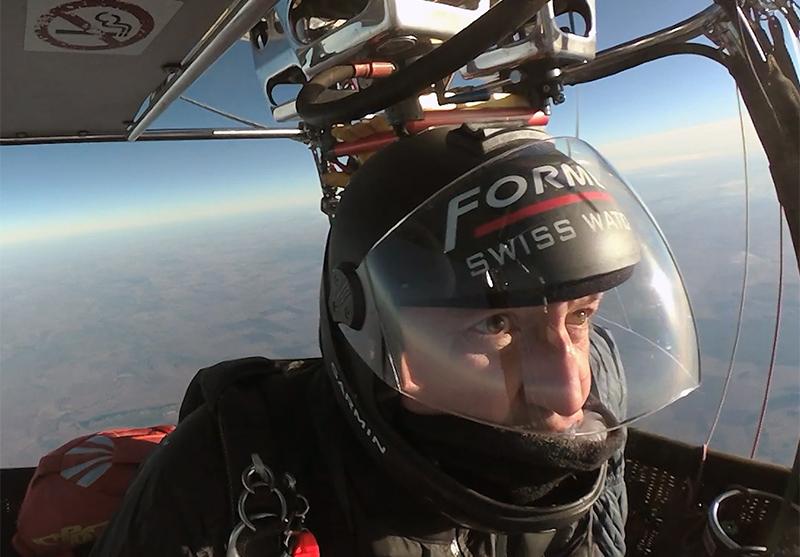 He soon discovered tracking, a discipline where the skydiver gets into a body position that allows him/her to cover a lot of ground horizontally and achieve impressive speeds, flying almost like a bird relative to the ground. After using a GPS tracking device to log his horizontal speeds, he found out that he can perfect his position and technique to achieve quite impressive speeds and in 2011 came up with the idea to set a world record in a discipline he invented, which is now called Speed Tracking. In 2012, the project took shape and he set a speed record of 304 km/h (188.9 mph). 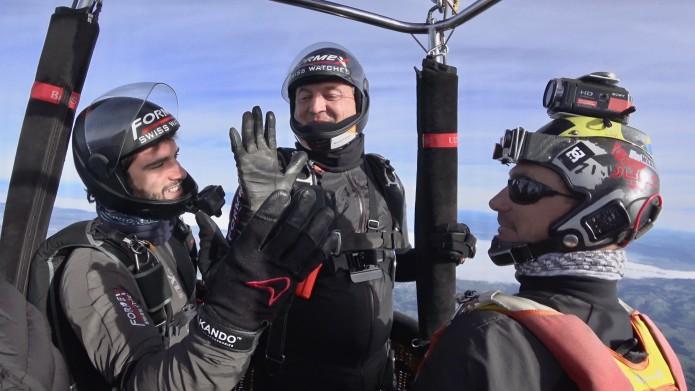 In 2018, Marc Hauser teamed up with world acclaimed filmmaker Claudio von Planta to document the Guinness World Record first jump into the jet stream (jet stream = >100kph, 62mph., > 6,000m, 20,000ft.). The result is a gripping and eye-opening documentary, highlighting a brand-new market for sustainable energy production. The documentary presents visionary airborne wind energy projects, which are using different approaches to harvest high- altitude winds but still are looking for investors to prepare for a market entry. Formex was by Marc's side at all times during this project and Formex CEO Raphael started skydiving himself because of Marc. They since became Skydiving buddies and friends on a personal level.

The award-winning documentary "Chasing the Jetstream" can be rented/bought on  https://www.journeyman.tv/film/7539/chasing-the-jet-stream and is available for free for Amazon prime members.


Asking him about how he comes up with his ideas and why he is interested in pursuing them, mustering up the strength and support to see them through, he answered, that it is simple curiosity that drives him. True to his motto “Our dreams do not need wings. All they need is willpower.”

Marc puts a lot of energy in making his dreams come true and tackles the challenges that arise with an almost child-like curiosity and a scientific pragmatism. Formex identifies with the way he does things and at the same time, is a great friend of the brand. What better person to be our ambassador?!

You can book Marc as a motivational speaker at  https://www.erfolgswelle.ch/keynote-speaker-website-english/