For decades, the ETA 2824-2 has been the caliber of choice for numerous watch brands. It was born in 1973 as ETA 2824 - still without the -2. The inner workings go back to the Eterna manufactory, on whose patents and designs the 2824 is based. As a factory, ETA is part of the Swatch Group and supplies all the Group's own brands - from Longines to Certina and Tissot. The 2824-2 is considered to be well engineered, reliable and robust, and can be repaired almost anywhere in the world.

But how do Sellita and STP manage to produce an identical product without having to fear legal consequences?

This is indeed due to the long expired patent protection of movements such as the 2824-2, the ETA 2892-A2 and the ETA-Valjoux 7750. Now everybody can produce and market a movement identical in construction. Sellita itself is a former, long-time supplier of ETA. The know-how to build own movements is in the genes of the factory and the Sellita SW 200 is therefore as good as an original ETA 2824-2. The youngest of the manufacturers is STP - Swiss Technology Production. The company was founded in 2006 in the Italian part of Switzerland. Since 2012 the American group Fossil is the main owner. STP produces the automatic movement STP 1-11 - also a clone of the proven ETA 2824-2. Interestingly, all three companies are located within a radius of 50km in the Swiss Jura region.

Are there any differences between the three movements?

No. Yes. Ah - so yes. Actually there is a difference: The original ETA movement has 25 jewels made of artificial ruby, but both Sellita and STP use 26 jewels. The additional jewel is hidden in the mainspring barrel bridge, where it supports the mainspring barrel under the ratchet wheel. ETA still uses a carbide bearing here. Technically, both - at least from a watchmaker's point of view - make no difference. 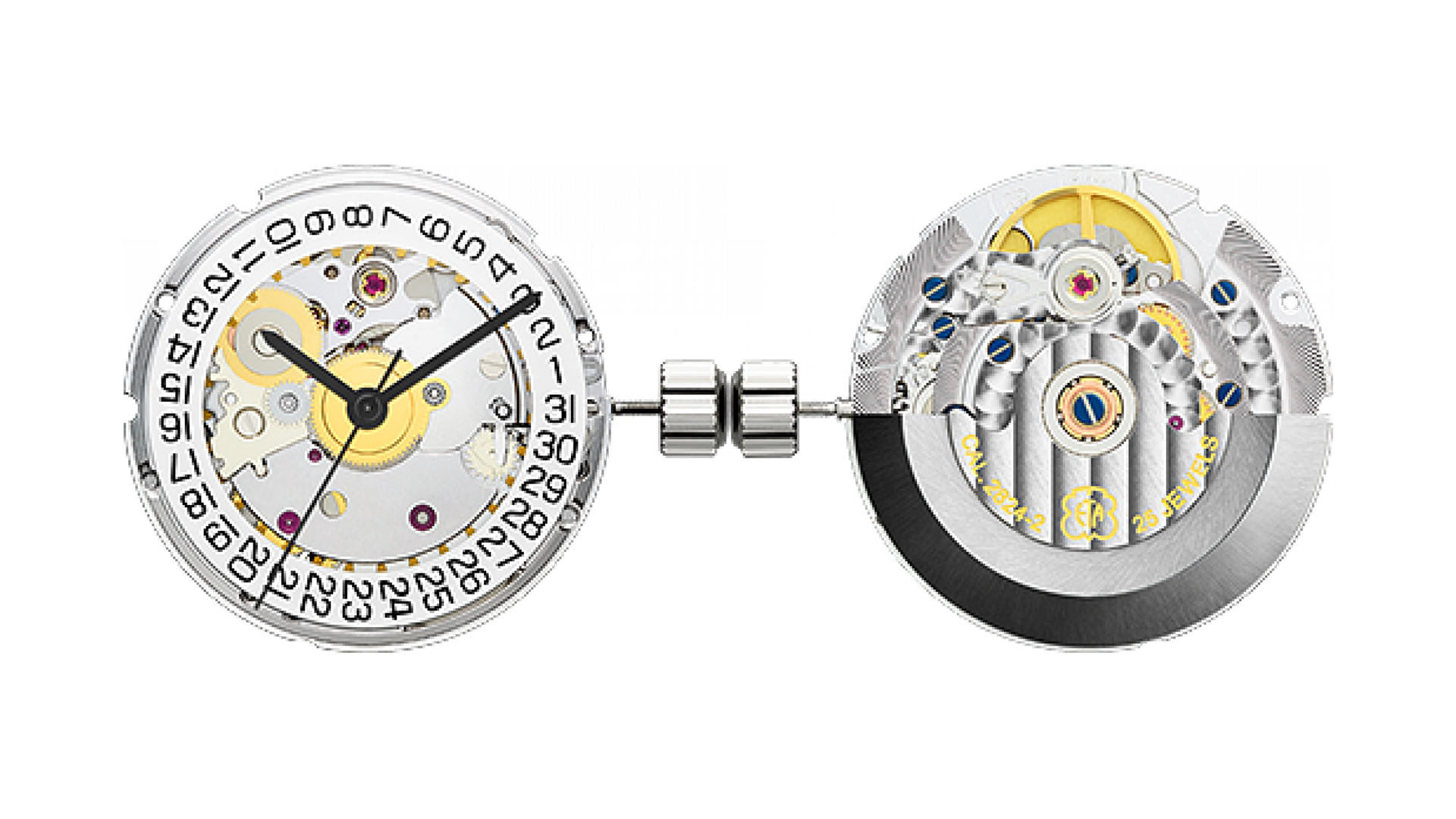 But there is a difference in the different technical and optical versions. At ETA, the 2824-2 is produced and marketed in four versions: Standard, Elaboré, Top and Chronometer. Standard is naked in the optics. Neither cuts nor other ornaments are on bridges and cocks, the technical equipment is also standard. In addition to the finishing, there are other differences among the four versions. The two jewels in the anchor, the material of the balance wheel, the hairspring on the balance wheel and the regulation differ. A standard movement comes with jewels made of polyrubin, a gold-plated nickel balance wheel, a Nivarox 2-hairspring and a basic-regulation in two positions. This enables the movement to achieve a rate of plus/minus 12 seconds per day. Movements with Elaboré equipment are technically identical, but have decorative finishes on bridges and cocks. These movements are regulated to plus/minus seven seconds.

„We decided to use Chronometer certified movements in all of our new developments, not only because it is a guarantee for highly precise rates, but also because it guarantees us to offer our customers movements with the highest possible executions and the best components available.” Raphael Granito, CEO Formex Watch SA

The technology of the top and chronometer is changed to a red ruby jewel, a balance wheel with Glucydur ring, an Anachron hairspring and adjustment in either five positions (top) or five positions with subsequent testing by the official chronometer testing institute COSC.

In principle, the more precise the movement is to run, the greater the effort required and thus the higher price.

However, all manufacturers supply movements in very special configurations to meet demands from individual brands - which is why the four positions cannot be seen as standard. Furthermore, it is sometimes difficult to find out which movements and versions different brands use in their watches. Some brands modify the movements and use a so-called “ébauche” as a base. But in the end, they assign their own caliber number, which makes it difficult to recognize the base movement. 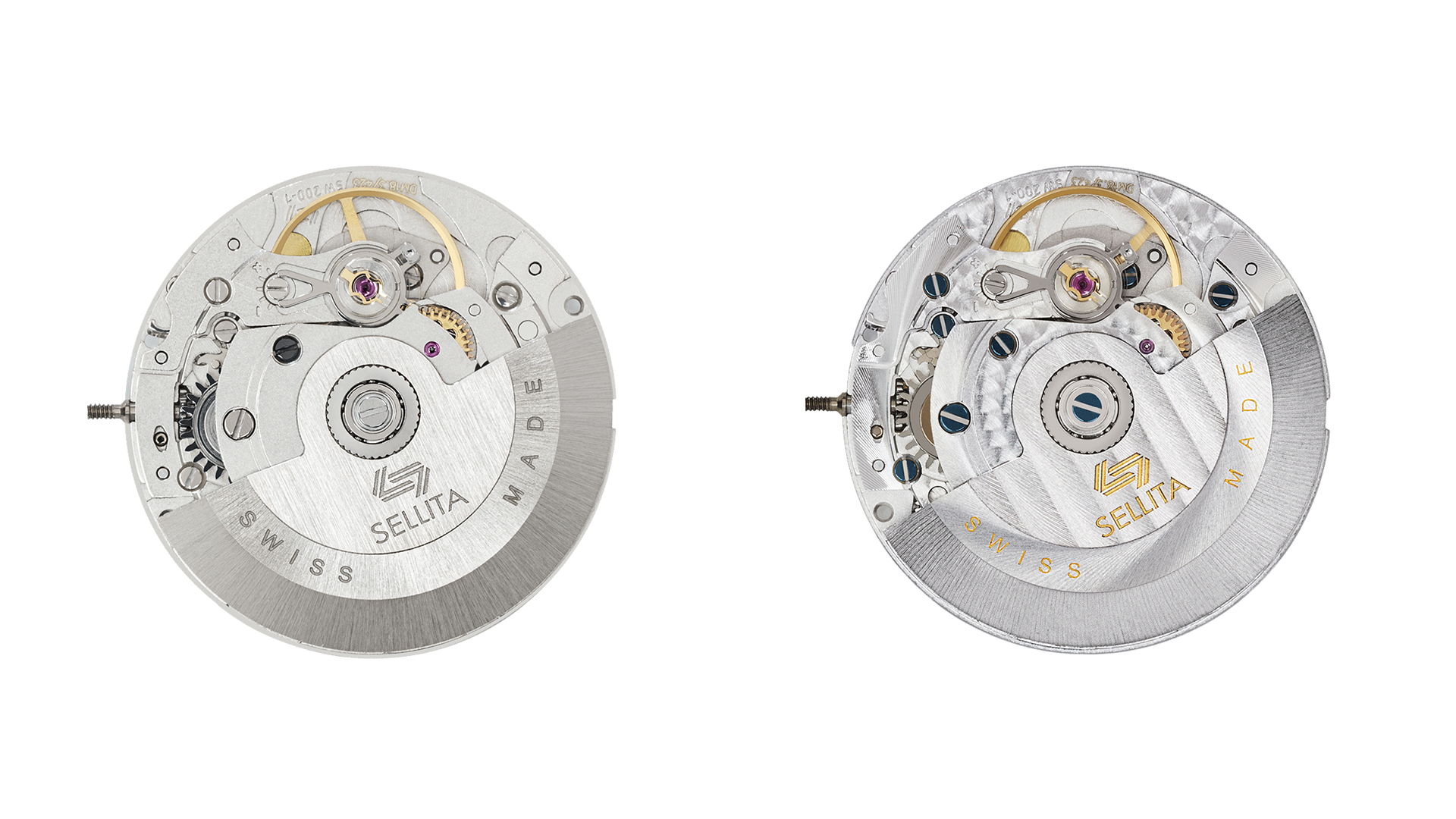 Sellita offers the SW 200 with similar quality levels as the ETA. The standard movement also comes without any decorations whereas the "upscale" ones come with circular-grain (perlage) finish. However, on request all individualizations up to engravings, blued screws and much more are possible. Technically Sellita has taken over the steps from ETA and calls them Standard, Spécial (Elaboré), Premium (Top) and Chronometer. The Nivaflex material is used for the mainspring, the shock protection is either Novodiac or the more easily maintained Incabloc for the Top and Chronometer versions. The shock protection, the hairspring and the mainspring are supplied by the Swatch Group. 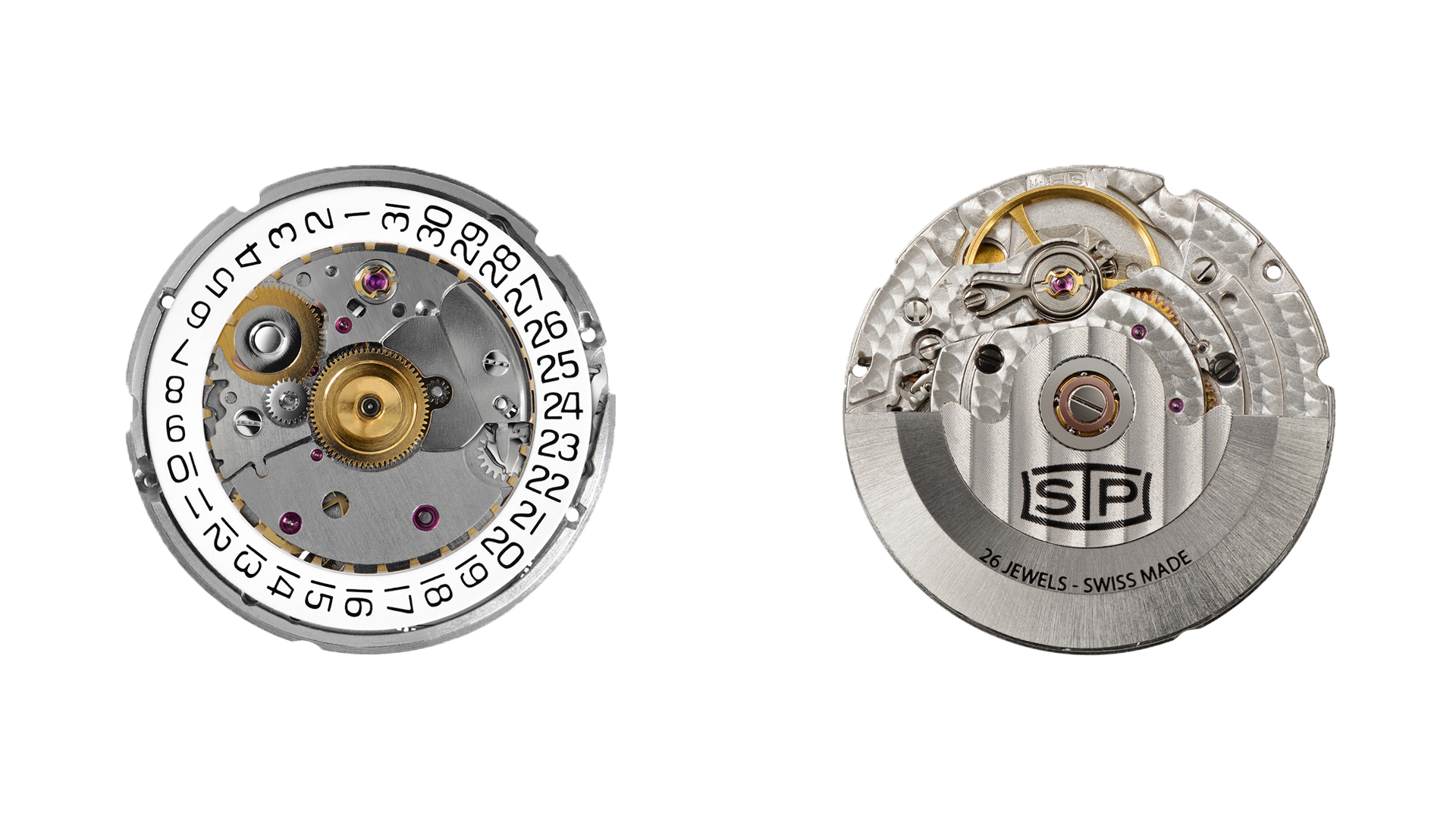 STP makes an exception in terms of both decoration and technology: here the movements all come ex works with pearlage and Glucydur balance wheel. By now, STP also offers a certification as a chronometer, so that the movement is finally on par with the ETA 2824-2 and meets high optical and technical demands. STP does not purchase any components from ETA, the movements are more than 60 percent manufactured in Switzerland and therefore meet all requirements for "Swiss Made". Various components are sourced from abroad, which is hardly surprising. Anyone who turns away from the Swatch Group as a supplier has little choice but to buy from across the border. The only component sourced from the Swatch Group is the main spring by Nivaflex. The well-known Incabloc is installed as shock absorber. Incabloc themselves are still an independent Swiss supplier.

But why three different suppliers for a very similar product?

Well, the main reason for this is found at Swatch Group themselves: For the longest time, watchmakers could order movements from ETA without any worries. However, in the beginning of the 2000s, Swatch Group boss Hayek announced that from 2006 onwards, no movements would be delivered to third-party customers. The reason is simple: thanks to ETA movements, many manufacturers were able to make watches that were often lower in price than the Swatch Group's own brands, but which were just as good in quality thanks to the reliable ETA movements. In the view of the Swatch Group, market potential thus fell into the wrong hands. The Swiss Competition Commission (Weko) forced ETA to compromise due to its Monopoly position in the market for movements. In October 2013, a reduced scope of supply was agreed until 2019, which was later extended until July 2020. As of this month the ETA is no longer obliged to deliver - but in the meantime one thing has become clear: The industry is no longer dependent on ETA movements. With Sellita and STP, there are equally good alternatives. Especially since both manufacturers also offer numerous versions of the movements - from manual winding to changed hand position, weekday complications and much more. Sellita also builds the ETA 2892-A2 movement as SW300 and the ETA-Valjoux 7750 chronograph movement as caliber SW500 - both of equal quality.

One or two questions are still open at the end: Do we still need the original ETA 2824-2 - and how long will this movement be available from ETA?

One thing is a fact: numerous brands within the Swatch Group are now using new movements such as the Powermatic 80 calibers. Although these are based on the architecture of the 2824, they have a different escapement - i.e. the assembly around the balance, anchor and escape wheel - and a different mainspring. There are no plans to sell these calibers to brands outside the Swatch Group. Thanks to Sellita and STP, however, this is no longer a problem: The market for movements is so far secure, and the quality of the Swiss manufacturers too. Even a complete refusal to deliver by ETA would have hardly any effect, because STP and Sellita are equal alternatives.